GTMetrix and Google PageSpeed Insights play an important role in both measuring a users experience and rankings in the revered Googles first page search results. Whilst generally, a quicker page load means you have done something right, it is not always the page you have created that can be blamed on a slow load speed. See my results below that show the progression and changes that were made to get from F to A GTmetrix score. 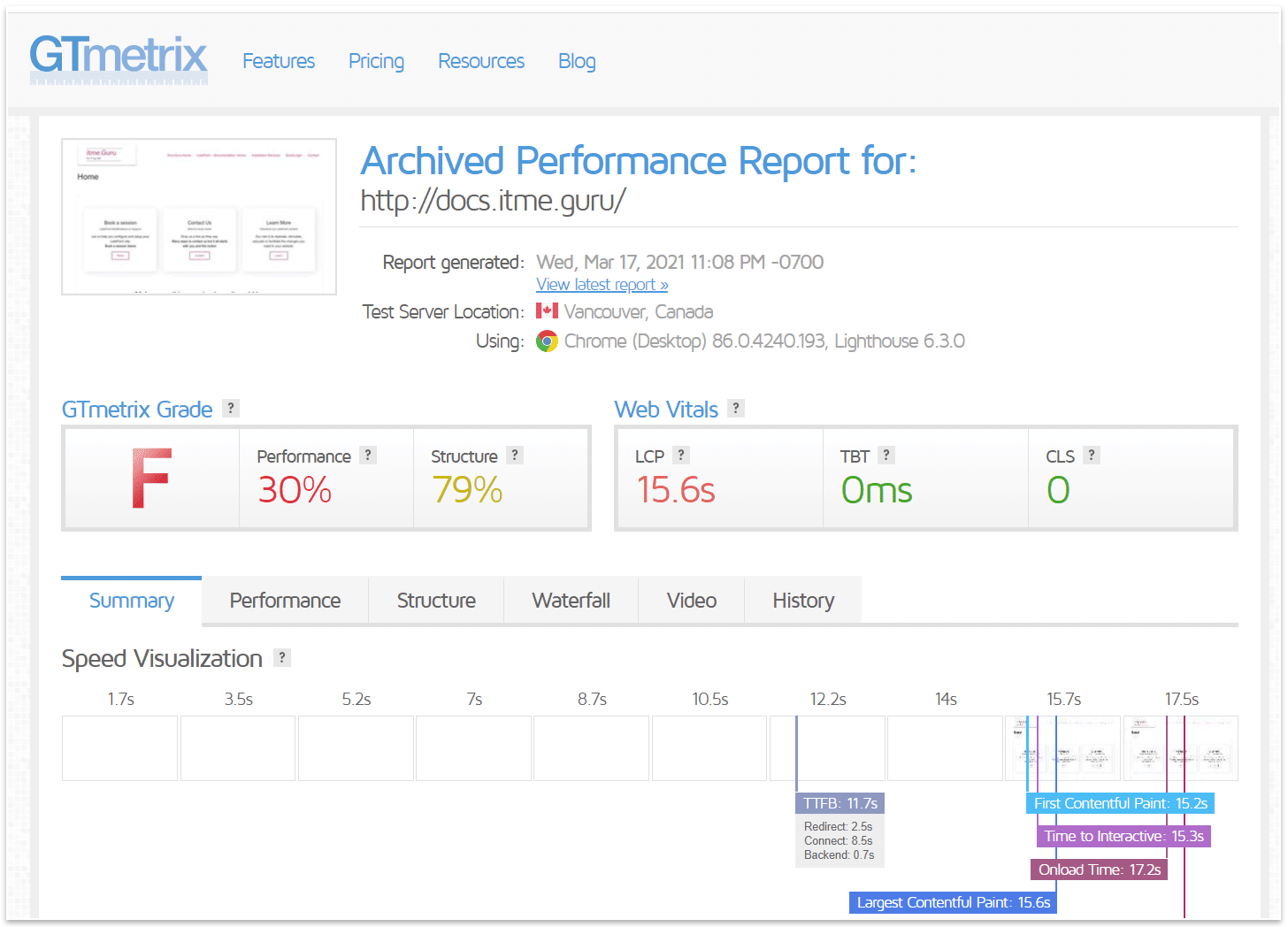 When a sudden slowdown of a page that use to load within seconds extended to 17, something told me it was wrong and time for a change. After being let down with server freezes, weird slowdowns and finally a response from support that indicated – It’s your page, I decided to changed hosting provider. 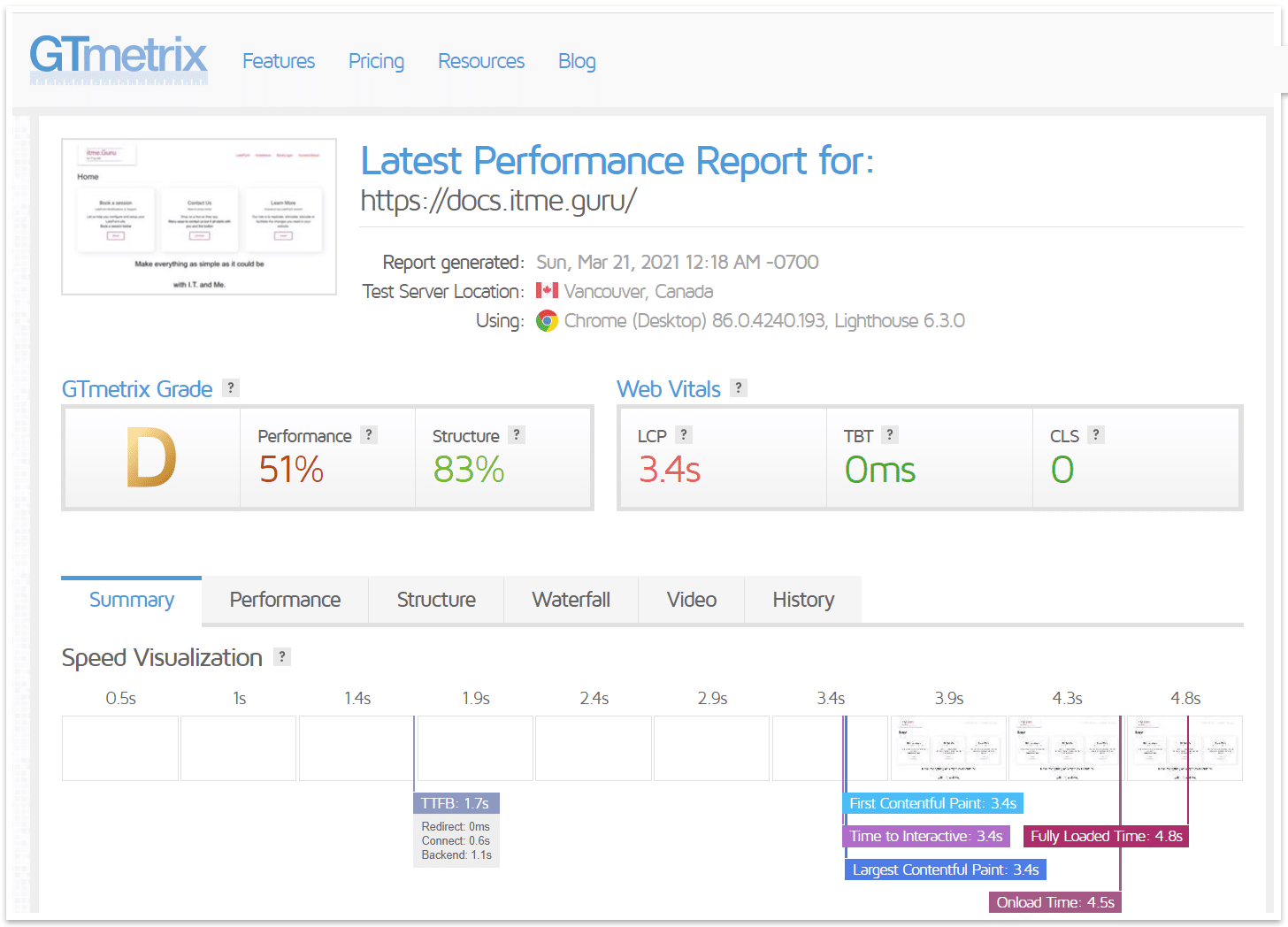 Site ready to launch as a clean page. This included all images compressed using imagify.
Page was free from any extra tables, columns or spaces. Things like tables inside containers were simplified. This was not going to change much but the need for speed possesses me. 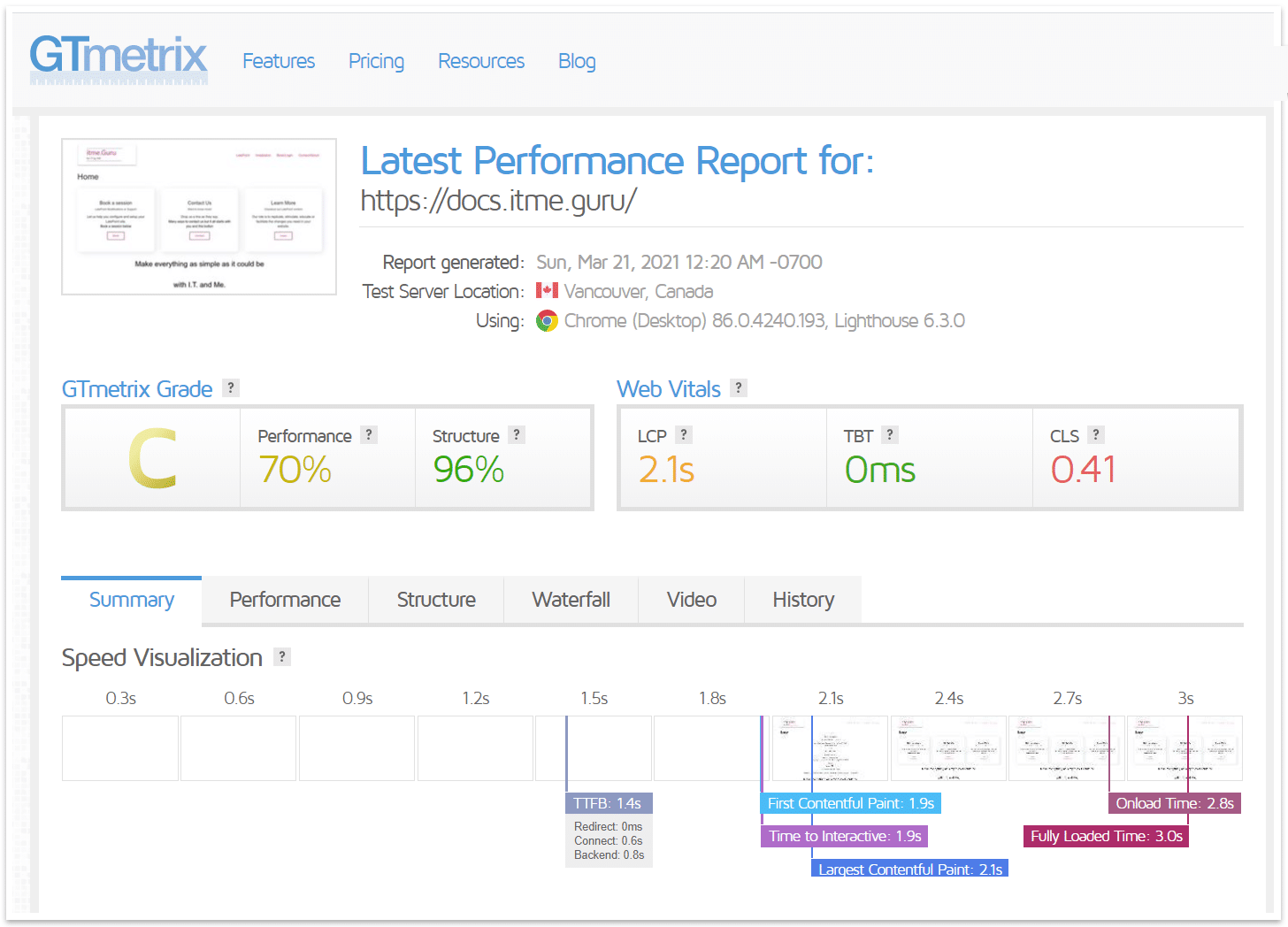 Asset Cleanup Tweaked for use with home page trimmed down of any unnecessary plugin requests. For example formidable has been unloaded on the home page. There are no forms to be filled out here so it can go. This was a total of 13 different plugins now unloaded from this page alone. 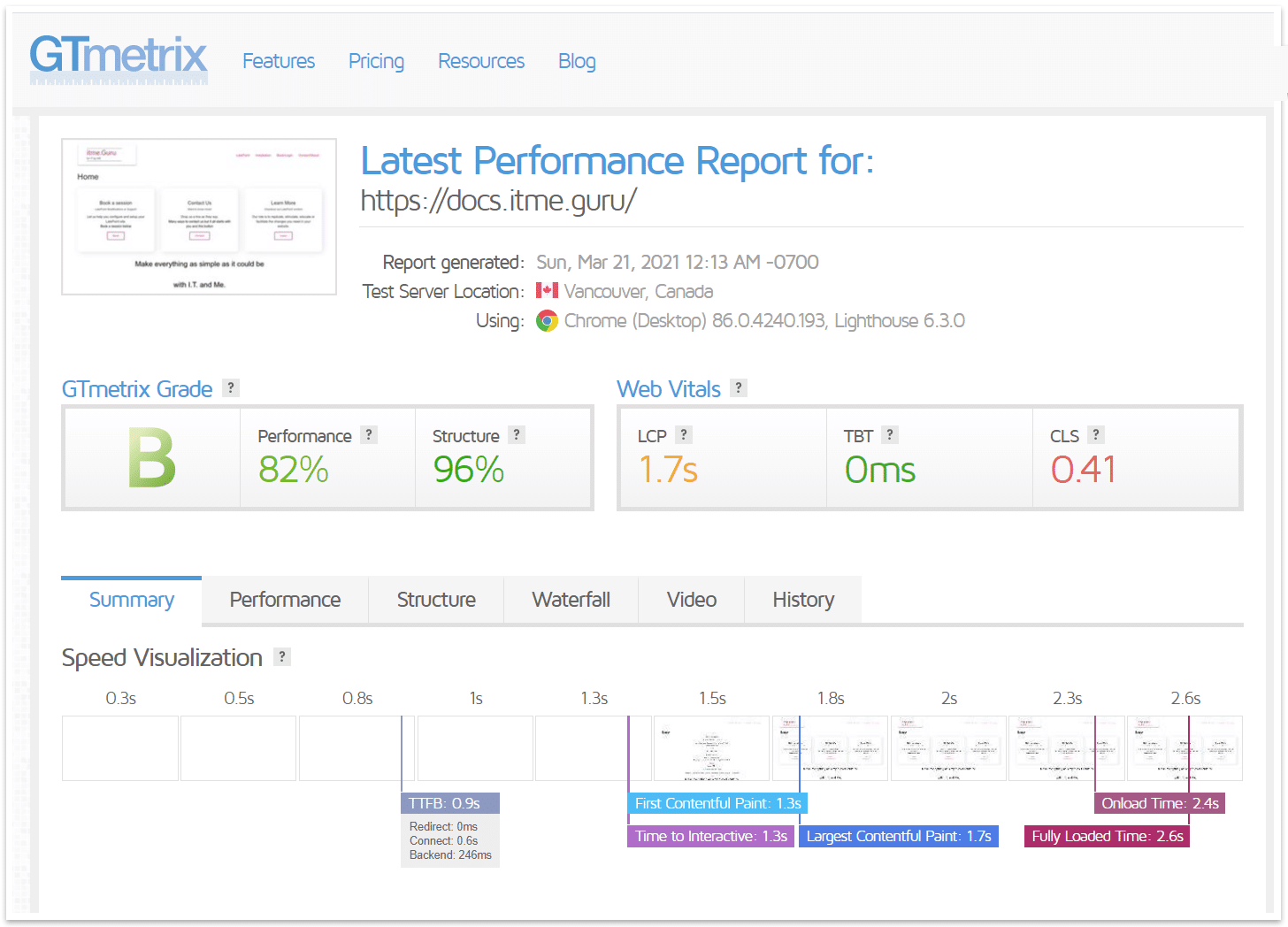 Configured with Asset Cleanup Pro. I am still having a letdown here from the LCP but this is due to a DNS process that is involving a redirection so once the DNS records can be migrated as well the the response should increase. 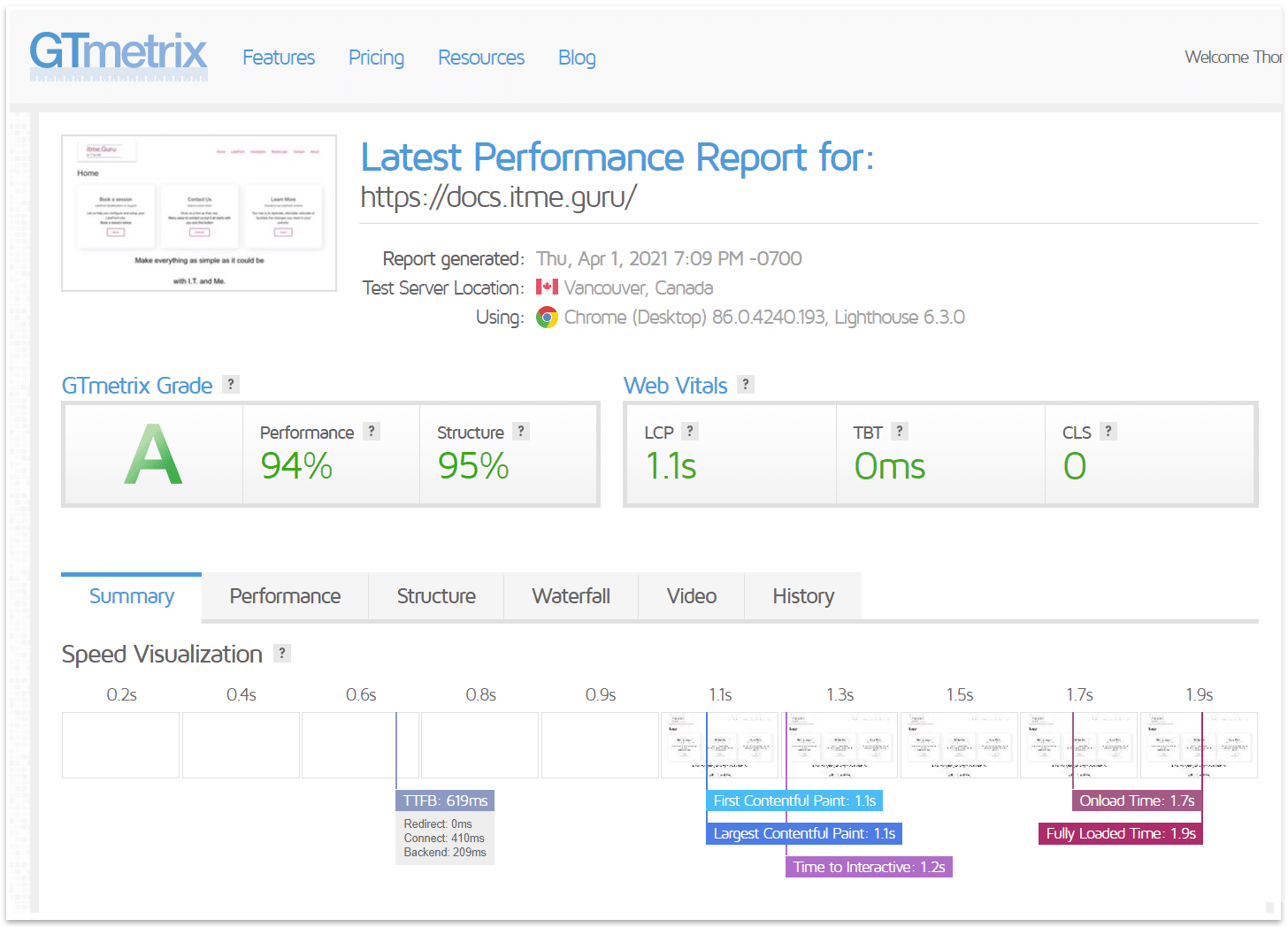 But wait, there is more! HTTP/2 protocol can also help deliver web pages much faster than the older http protocols. So with that in mind I introduced further PHP/Apache changes and upgraded to PHP8.0 in the process. Whilst the PHP 8.0 change was not a major GTmetrix boost the HTTP/2 was! Just the DNS to go now? 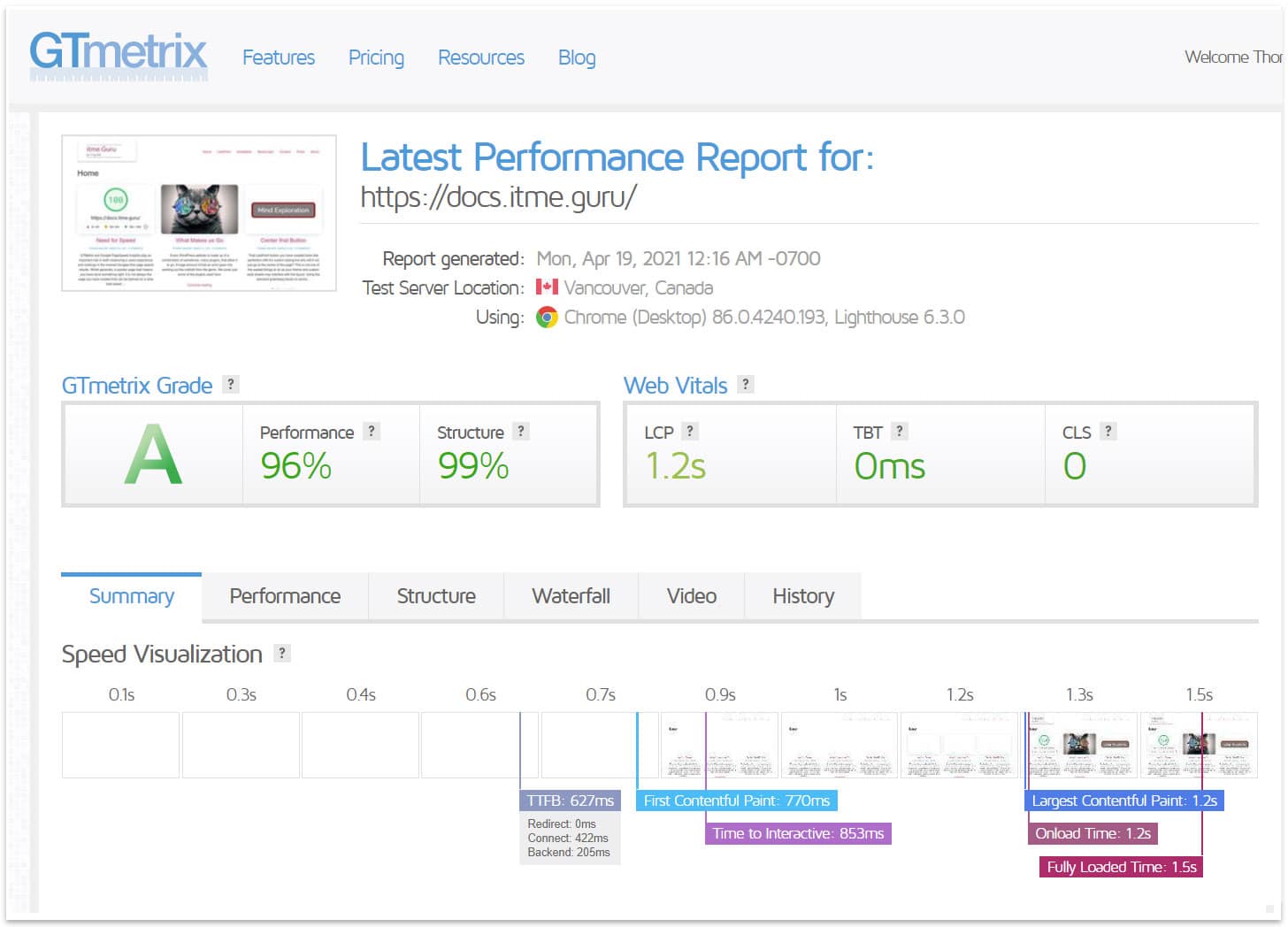 I’ve ended up increasing my page size and yet I have still been able to acheive a far better result with a 96% in Performance and 99% in Structure. This may be as far as it can go…..for the moment.

This change in hosting companies was even cheaper than my previous provider so the move was worth it and outcome.